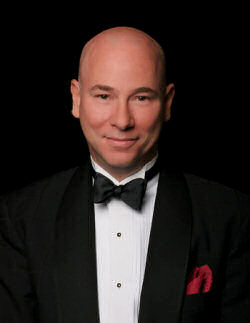 Wayne Hosford is an award-winning and critically acclaimed entertainer, singer, musician, comedian, actor and composer. Whether he performs in a theatre, on the concert stage, in an intimate cabaret, at a major music festival, or for a corporate or private event, audiences and the media alike give this extraordinary artist rave reviews.

In addition to his original songs and unique comedy, his vast repertoire spans the Great American Songbook, Broadway, Adult Contemporary, and American Popular Song from the 1960’s, 70’s and 80’s. Wayne conceives, writes and performs his individualized shows for any performance venue, whatever the occasion.

Wayne was featured at Spoleto Festival USA for six performances of A Passionate Persuasion, his solo tribute to the songs of Peter Allen, and was a regular performer in the Royal Room of Palm Beach’s Colony Hotel, having mounted five different shows there before its 2018 closing. In addition, a host of Concert and Cabaret series around the U.S. have featured Wayne’s shows: A Broadway Sampler I and II; The Gold Standard; A Johnny Mercer Songbook; Simply Sinatra; Wayne, Women and Song; Socking It To The Sixties and A Seventies Sojourn, the last two celebrating the diverse and memorable songs of those decades.

Because of the special material he can cleverly write and entertainingly perform from a client’s given information, Wayne’s long list of business and personal accounts presently encompasses three continents across the world and, in addition to countless individual clients, includes several major corporations such as The American Cancer Society, The American Red Cross, The Coca-Cola Company, and Lilly Pulitzer, Inc. He has been a featured solo entertainer for both the Democratic and Republican National Conventions in two separate presidential election years. Wayne also has performed on the high seas with Holland America Line and Norwegian Caribbean Line.

A professional actor since age 12 (Jim Hawkins, Treasure Island, Atlanta’s Alliance Theatre), Wayne’s work in theatre has been divided between performing, most recently in Our Sinatra at the Stage Door Theatre in Fort Lauderdale; Triple Espresso (Hugh Butternut) at the New American Theatre in Rockford, Illinois; The 1940’s Radio Hour (Neal Tilden) with Broadway actress Ann Morrison at the Asolo Theatre in Sarasota; and musical direction, for Forever Plaid at Pennsylvania Centre Stage; The Straight Man, winner of the Norfolk New Play Festival at Roanoke’s Mill Mountain Theatre; associate musical director for Take Note and Scores of Friends, at San Francisco’s Alcazar Theatre and Fort Lauderdale’s Broward Performing Arts Center; and composing, Off Broadway, for the Irish Repertory’s Alive, Alive, Oh!, for which his underscoring for the pantomimes of theatre, film and television great Milo O’Shea won two ASCAP awards; for New York’s Judith Shakespeare Theatre Company’s production of The Comedy of Errors (set in the roaring twenties); and Maestro, an original musical written with Sharon Tipsword.

Wayne has written and/or sung several jingles that have been broadcast on radio and television, as have some of his original songs. His academic training includes applied piano and voice since childhood, a BA/BM double-major in music education and music theory/composition at the University of Miami, a BFA major in musical theatre at Webster Conservatory of Theatre Arts in Saint Louis, and further composition at Georgia State University.